I AM CHICO FORTI

"I AM CHICO FORTI" IS BORN

A STATUE CREATED BY THE ARTIST NELLO PETRUCCI

AND MADE BY ROBOT CITY

with the support of Contemply Art & Investment

Presentation in Pompeii 7 September 2022 with

Andrea Bocelli and Veronica Berti Bocelli supporters of the initiative

Art and music meet for Chico Forti. The artist Nello Petrucci, the entrepreneur Gualtiero Vanelli (founder of Civiltà del Marmo) and the tenor Andrea Bocelli come together to support and give voice to the cause of repatriation of our compatriot.

On 7 September "Chico Forti is me" will be presented in Pompeii, a sculptural work designed by Nello Petrucci that will be made of marble by Robot City, an art-engineering company leader in robotic marble modeling, and with the support of Contemply Art & Investment. The work will be exhibited permanently in Trento, even though there are already many cities, from north to south of Italy, which have requested to host the sculpture; among these also Moena / Predazzo, Mondello and Torbole.

The title of the sculpture, "Chico Forti is me", is like a mantra "Mukti" which in Sanskrit means "release", liberation. The heaviness, the hardness, the weight, are all elements that come from the marble work. Here the figure of the protagonist is bent, he does not look at the interlocutor: it is an invitation to get closer, to discover his suffering and his state of mind. A hand of Chico is trapped, stuck in that heaviness of those "marble bars" that evoke indignation; the other is the expression of anger, of a repressed state of mind, a natural instinct for survival, for hope.

A very strong symbolism that goes beyond the particular case for a more general vision: unaware prisoners of this continuous obsolescence of technologies and objects in which men momentarily incarnate, art awakens the spirit, the inner self against the chains and the narrowness of the body and of the material way.

"In one of his letters Chico sent me one of his poems - said Petrucci - with an opening inspired by Freedom:" Dreaming is like breathing, I can't help it. "A line like a cannon shot in the direction of our years ago, in India, I entered Gandhi's house. I have a thought from that trip that never left me: "As long as you carry a dream in your heart, you will never lose the meaning of life." man can never lack Freedom. "Chico am I" is my simple contribution to nourish and defend Freedom! ".

It is not the first time that Petrucci exhibits himself for Forti, in fact in 2021 he had already created the mural "Attesa" for him in Miami.

Specialized in painting, street art and sculpture, the artist lives and works in Pompeii and New York City and has exhibited numerous works (many with a social and environmental background) in institutional venues, including the Central State Archives of Rome , the Agora Gallery in New York, the United States Embassy in Rome, the Arsenale in Venice and in several galleries in New York and Shanghai.

Just as the Bocelli couple, who have long been supporters of Forti's return to Italy, had already exposed themselves, who on this occasion testify in favor of an art that does not judge, which overcomes all evaluation regarding the affair and which symbolizes the strength of feelings emanating a message of strong hope and positivity.

Bocelli and his wife went to prison in the United States last year, visiting Forti on his 63rd birthday; since then there have been several appeals by the tenor in favor of the cause, including a speech on the stage of a concert in Florida.

But those of Bocelli and Petrucci are just some of the hundreds of voices that have been exposed for Chico over the years and this time they do so in the setting of a wonderful land, Pompeii, also rich in symbolism as a land in which an ancient calamity has immortalized many human beings by returning to us the casts of ancient brothers and their vital impetus that the lava has stopped but which, at the same time, has made immortal.

Meanwhile, the case of Forti goes on. On 23 December 2020, the governor of Florida, Ron De Santis, had signed an act for the transfer of Chico to Italy, based on the 1983 Strasbourg Convention. The signing of this act had also taken place thanks to the interest of Minister Luigi Di Maio and the Farnesina. However, the extradition procedure is not yet completed: Chico, therefore, is still in the United States, waiting to return to Italy.–

Nello Petrucci (1981-) is an Italian artist and film-maker, lives and works between Pompeii and New York.

He studied cinematography in Rome at the N.U.C.T; graduated from the Academy of Fine Arts in Naples in Scenography. He has worked with directors such as: Martin Scorsese, Ari Taub, Manetti Bros, Antonio Capuano. Petrucci's works are strongly influenced by cinema, in particular by film posters that are revisited by the artist as legacies of historical memory in which past and present coexist.

He is the first Italian artist to exhibit at the Word Trade Center in New York with the permanent work "The essence of Lightness" (2018) together with world-famous street artists such as Ron English, WhlsBe, Lauren YS, Layercake etc ...

Sensitive to environmental and social issues to which he has dedicated works such as: "Plastic River" a public installation depicting a whale full of waste.

He has exhibited at Palazzo Gravina in Naples, at the Central State Archives of Rome, at the Archaeological Park of Pompeii, at the American Embassy in Rome in the monumental complex of San Domenico Maggiore Naples and in several galleries in Italy and New York. One of his works is exhibited at the Museo del Enslallido social in Santiago de Chile. He has created several open air sculptures including: “Margine”, in Torre Fossa Lo Papa, Punta Campanella. Trame ", in the Venice Arsenal, joining the prestigious collection of the" Spazio Tethis "together with Michelangelo Pitoletto, Jean Fabre, Beverly Pepper etc. He has made various independent film projects, from short films to video art, receiving numerous awards. With his latest work: "The last whiskey with the mad hatter" (2020) he gets the nomination for the "Golden Globe" as best short film. More than the aesthetic component of the work, Petrucci looks at the ethical value it communicates, for an art that is the expression of an inner revolution and social commitment, using the road as a vehicle. His name is often associated with street art. Among the street art works scattered around the world we remember: "Sweet home" (2020), considered among the nine most significant works in the world during the period of the pandemic. “La mano de Dios”, “Red Zone”, “Masks” “We remain Human”, “Imago” in Castellammare di Stabia, “Sad Generation” Venice, Distant Destination ”in Barcelona. "Attese" his latest work in Miami dedicated to Chico Forti. His technique is based on printing (halftone on paper) Petrucci's works are scenographic and impactful in full respect of eco-sustainability and the protection of the locations chosen for his interventions, defined as “the gentle streetartist”. Among his latest exhibitions just concluded, "Profiles" curated by Chiara Canali at Palazzo Contarini del Bolvolo in Venice. He is the artistic director of the Pompei Street festival, and Stabiae Street (international urban art festivals) inviting street art artists from all over the world to Pompeii, from C215 to MCity, Francisco Bosoletti, Ledania, Gianpiero, MrKas etc. His social commitment brings a new interesting challenge: "Social Vision" a project that includes various interventions for the community, and with the community, inserting art as the only denominator ... Art as a form of change and social evolution. " I strongly believe in the power of art, and what it can do by connecting people ... " 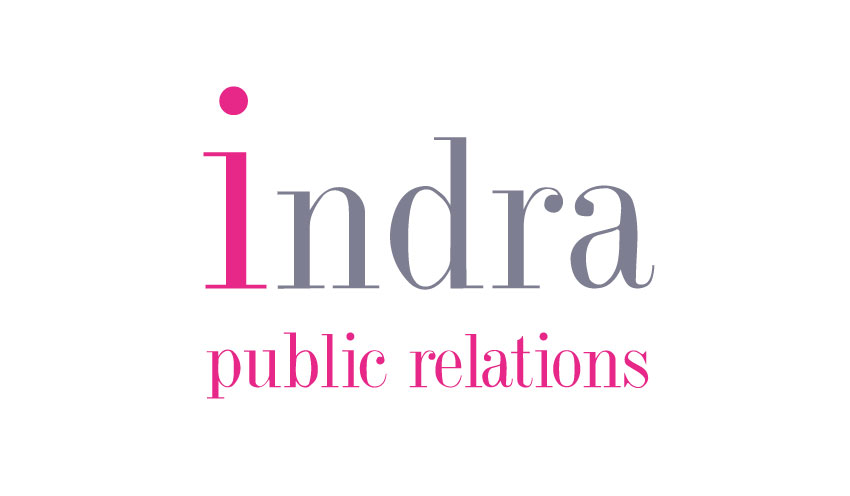 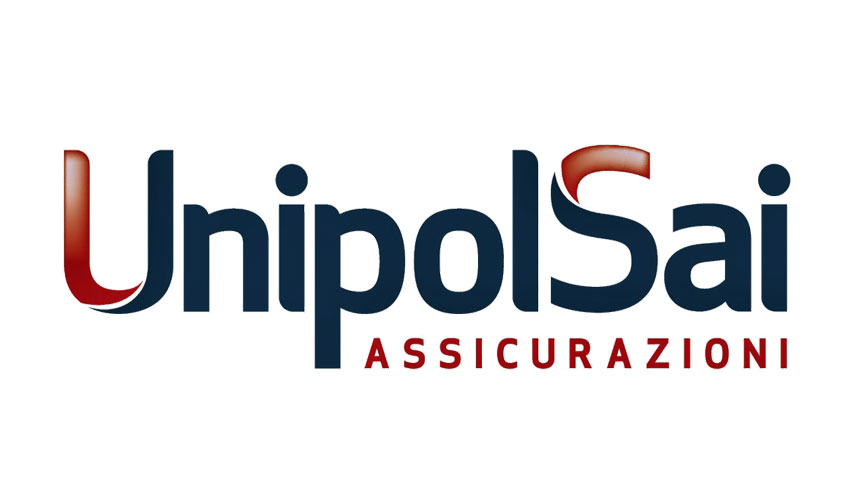 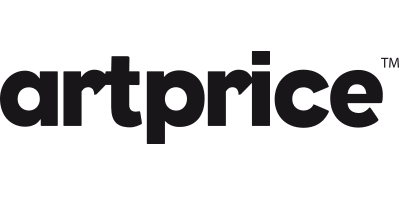 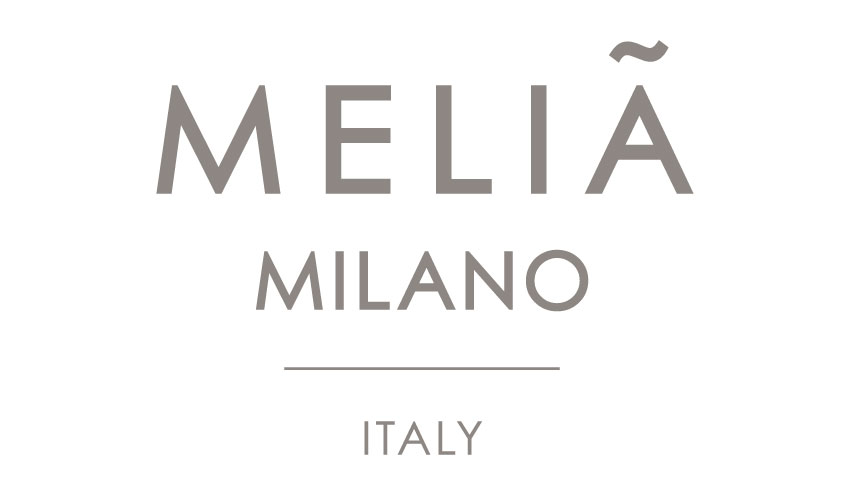